At Rundus Funeral Home, all of our staff members care deeply about the Broomfield community. After all, like you, we call this city home and want to help our neighbors in any way we can.

We’ve been diligently researching the lives of the significant people who have made Broomfield so special and want to share their stories with you. This month, we’re sharing the story of Adolph Zang, whose passion and talent for breeding Percheron horses became known around the world.

Adolph Zang was the owner of Elmwood Stock Farm in what is now Broomfield. Eventually, his ranch would comprise over 4,000 acres and would become known simply as the Zang Ranch.

The largest section of the farm was dedicated to Zang’s greatest love and passion, the development and breeding of Percheron horses.

Zang started his operation in 1893 by purchasing seven mares and an unusually high-class stallion from France. His horses soon received acclaim from some of the best judges in the United States. His stallion, Champagne 51743 (65402), which he reportedly purchased for $5,000 (an exorbitant price for that time) would, by 1910, be considered the most valuable stud horse in the world. His colts were characterized by uniformity in type and color.

Zang purchased Champagne as a 2-year-old after he had been given a remarkable score of 96 points out of a possible 100 by Purdue University in Lafayette, IN. The highest score they had ever awarded up to that point was 85.

Champagne, Zang’s principal stud, was nearly the perfect Percheron. Champagne weighed 2,150 pounds, had a 100-inch girth, and stood 18 hands high. One remarkable trait of this valuable stallion is that every one of his sons and daughters was black and said to be a replica of their father, regardless of the color of the mare. 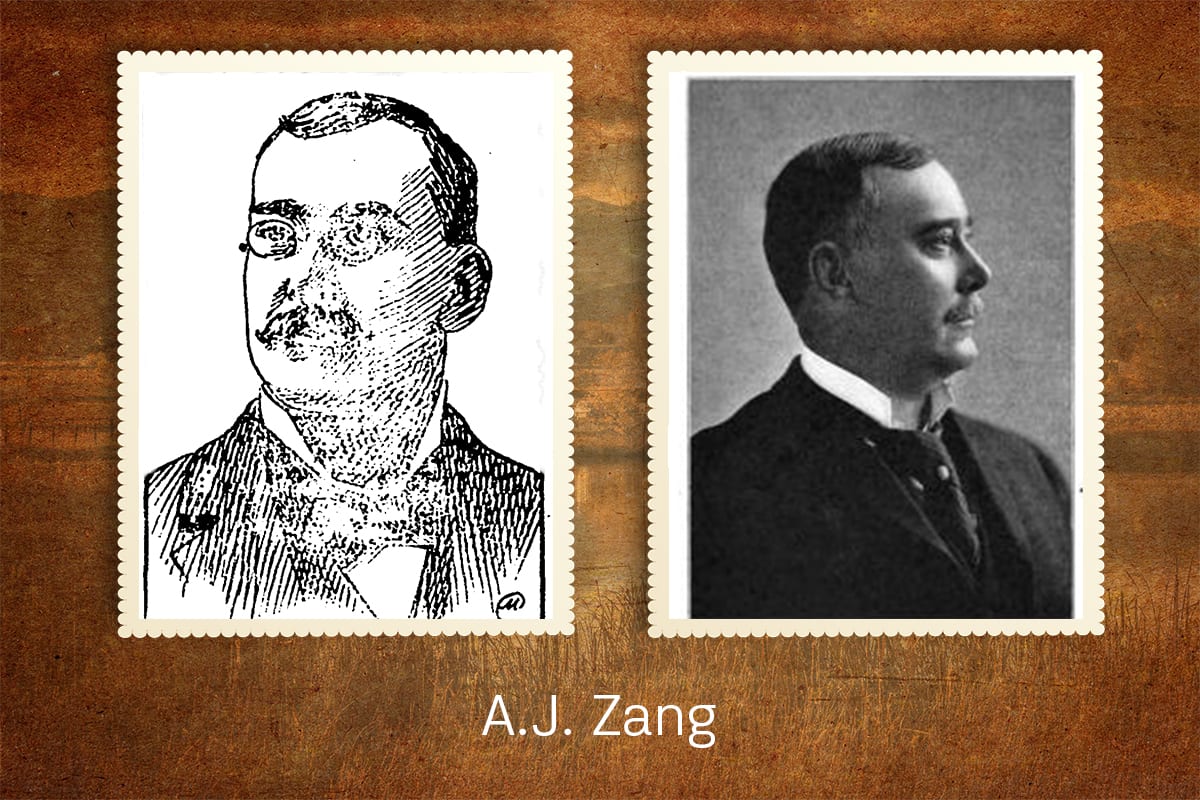 At the 1911 state fair in Pueblo, the Zang stables showed only Champagne’s colts. They competed against imported animals from the best breeders in the world and won every premium award in the Percheron division.

Champagne himself was shown all over the United States and France and won nearly every major award at some point. According to the classic work, “A History of the Percheron Horse” compiled by Dr. Alvin Howard Sanders and Wayne Dinsmore in 1917, Champagne “aided in large measure all Percheron-breeding interests in Colorado.”

They went on to write, “The greatest progress in this state, however, has been made in grading up the native range horses, in which (Zang’s) Percherons have been the leading part. The free use of Percheron stallions on the native horses in Colorado has increased the size, improved the symmetry and conformation, and brought about such improvement in the general type and quality of the horses that they are worth from two to three times as much as the native stock from which they sprang … Hundreds of thousands of these good Western-bred horses have been purchased and shipped abroad for artillery and cavalry uses.”

We hope you’ve enjoyed reading Adolph’s story. Please know that our professional team is here for you and your family anytime you need us. Don’t hesitate to contact us with questions. We think of it as neighbors helping neighbors and hope you do too.