At Rundus Funeral Home, all of our staff members care deeply about the Broomfield community. After all, like you, we call this city home and want to help our neighbors in any way we can. Over the years, as we’ve worked with families to plan funerals and cremations, we’ve become acutely aware of the importance of sharing our city’s history — and the importance of sharing this information with future generations.

We’ve been diligently researching the people and government entities that have transformed Broomfield into what it has become today. This month, we’re sharing the origin of our city’s school system.

The area that now comprises Broomfield originally had three elementary schools. The Broomfield School, which was most likely built in the 1880s, served students from Boulder County. The original building was located just east of the old cemetery on 10th Avenue at Main Street.

In the early years, the building served as a school and a church until the first church building was built in 1906. This wood structure was replaced by a two-room schoolhouse in 1921, where two teachers taught about 30 students. The building did not have running water. 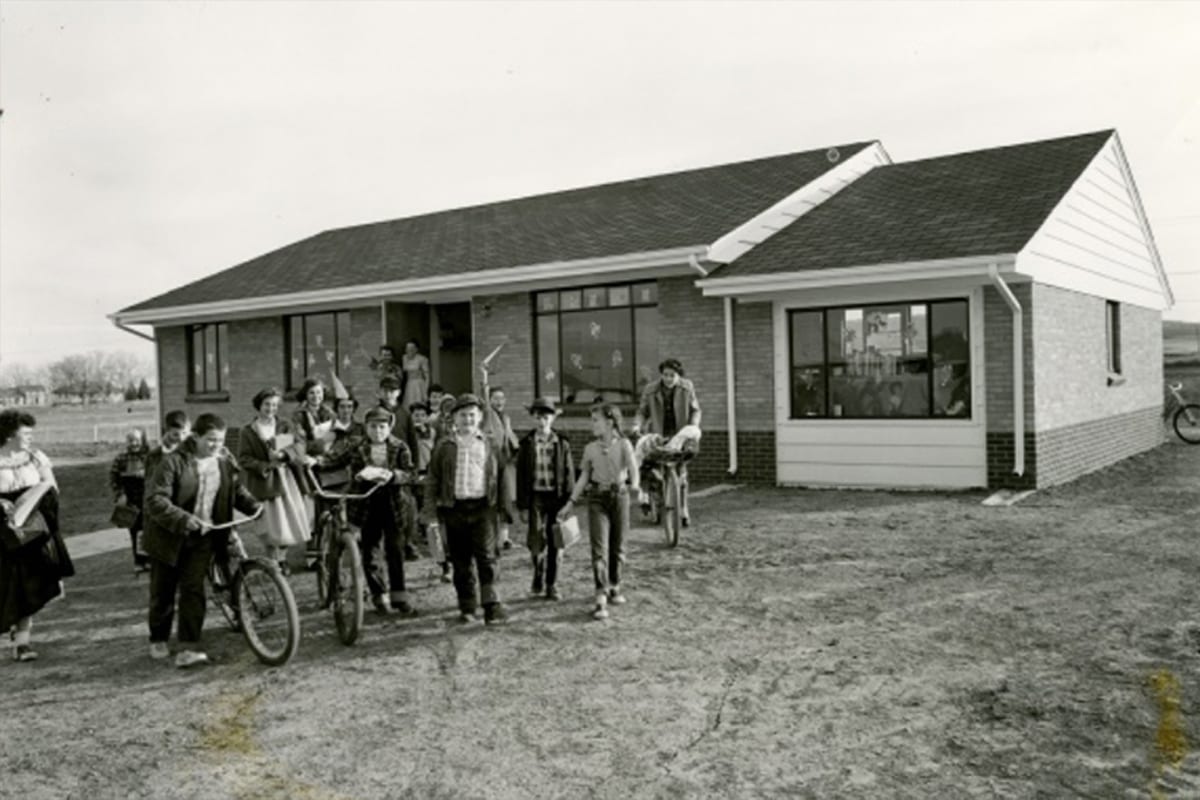 When the Turnpike Land Company started developing Broomfield Heights in the early 1950s, this building was torn down and was replaced by modern cottage-type schools. The first one opened in 1955. Eventually, a second cottage school was built next door, and each building housed different grades. They were designed in such a way that they were easily converted into homes. Today, both of these buildings serve as private residences. Classes were held in these cottage schools until around 1961, which is when the city incorporated, and a new more permanent school was built.

Once Broomfield’s students finished elementary school, they still had to travel to Arvada or Lafayette for high school. Broomfield would not get its first high school until 1963. That school opened with 860 students.

The Lorraine School was the second of three elementary schools to serve the Broomfield area. It was built in 1885 to serve the students from northern Jefferson County. This school was named after a crossing stop built by the Denver and Interurban Electric Line. The Lorraine School, building and all, was later moved to 112th Avenue and Pierce Street in 1930. After the school closed, it was later sold and reportedly moved to 11975 Vance St., which is where it still stands.

The original Westlake School was built in the 1880s to serve the Broomfield students who lived in western Adams County. The original frame building was replaced in 1902 by the current brick building on the same site. It was a one-story building with a garden-level basement and originally had a coal furnace and two outhouses. It was eventually remodeled to house four classrooms on the main floor and one classroom, a kitchen, and a gym in the basement. In 1950, indoor restrooms were added to the building.

The Westlake School, which originally had 48 students, taught students from first through eighth grades. The school only had one teacher, who was paid $50 per month. Graduates attended high school in Lafayette. In the 1930s, Westlake became one of the first rural schools in the area to offer a hot lunch program. It was started by the Browns, who taught the students and lived in the basement. By the 1940s, the program had become so popular that the school hired a cook for $3 per day.

It sat vacant for several years, but in 1994, it was purchased as a private residence. That same year, it was added to the State Register of Historic Properties. In 2009, the building made headlines when the couple who lived there died in a double homicide. According to reports, the husband fatally shot his wife and was later shot and killed by Broomfield police officers after refusing to surrender his gun.

We hope you’ve enjoyed reading the history of Broomfield’s school system. Please know that our professional team is here for you and your family anytime you need us. Don’t hesitate to contact us with questions. We think of it as neighbors helping neighbors and hope you do too.